skip to main | skip to sidebar

Drama, drama, drama. Well, it's more that my hubby has hurt himself again....x2. Pulled groin area and a broken pinky toe. Yes, he just recovered from a hurt knee. Between him and my dad, I will have a full head of grey hair by the time I'm 35! Maybe sooner. Is it a guy thing? I could have a weeks of posting material just with the mishaps of those two!

We had a good time (besides the hubby messing himself up) at the in laws. For those of you that don't live in a state where the big fire works are allowed, I apologize. I really never knew what I was missing until I came to TX. We had at least 1 person on every block setting them off in his parent's small neighborhood. It was awesome. And, we had some good company with good eating without over endulging. Funny enough, I didn't do poorly eating wise until after I left there (almost immediately). There's something about car trips that makes me want to snack. Ok, snacking is a mild word for what happened (and what followed). I still have a problem with boredom eating. I'll have to work on that one. But, I think I'm back in the swing of it.

I even exercised while I was there. But, I find myself slacking in that department. I've been working out only like 3x/week. I realize that's not bad per say, but it could be moving in the bad direction. It seems to be very much tied to my sleeping. I haven't been sleeping well...either too much or not enough. Combine that with business and I'm screwed. The sleep thing will be messed up as long as I'm in grad school. It's the way it is. But, maybe My sleep was better because I was working out. Hmm...I think I hit the nail on the head.

My weight is about the same within a couple pounds. Since I found out that, even though I've lost 15 pounds, I'm not the 205 I thought (more @ 210) I'm forgoing weight ins for a while and focusing on me instead.

They are not allowed in IL, only public displays. They never crack down on it though, so they go off all the time.

BBQ season is soooo tough, esp those yummy side salads!!

Hope hubby is doing better! Focusing on you is a good thing to do, helps keep you on track! Have a good week!

I so miss TX-- we can do big fireworks here (Montana) but I just want to go home, LOL!! I'm the same with road trips- if I'm in the car, I want to eat, eat, eat. Good job exercising while you were out- that shows dedication!

I had to laugh at the Texas fireworks comment. They do everything big there, don't they?

As for your program, it sounds as if you're struggling to find a path, maybe looking for a program that's doable, but not smothering.

For me, The Best Life program fits the bill. For a small monthly fee, members have access to meal plans, recipes, ready-made grocery lists, intuitive calorie-counters, online food logs, etc. I like having it all in one place, easy to navigate and not so time consuming I feel trapped by the plan.

We left Texas for Colorado. I do miss the New Year's fireworks. For the 4th, our tiny town of 2000 has the best fireworks in the area. And we have a fun small town parade and street fair that day. It's always a lot of fun. And we can sit in the shade and not roast. And in the evening, it's in the 50's. I'll take the mountains over Texas any day. ;-)

I have a trip coming up and need to fix lots of fruits and healthy snacks for myself.
Path to Health

Diana
I'm just a 31 year old gal trying to be the healthiest I can after years with an eating disorder and tragedy. Welcome to my blog about achieving my goals.

Not Just For October! 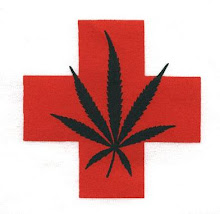 For cancer (and other) patients everywhere!

My Blog List (needs to be updated...sorry if I haven't added you yet!)